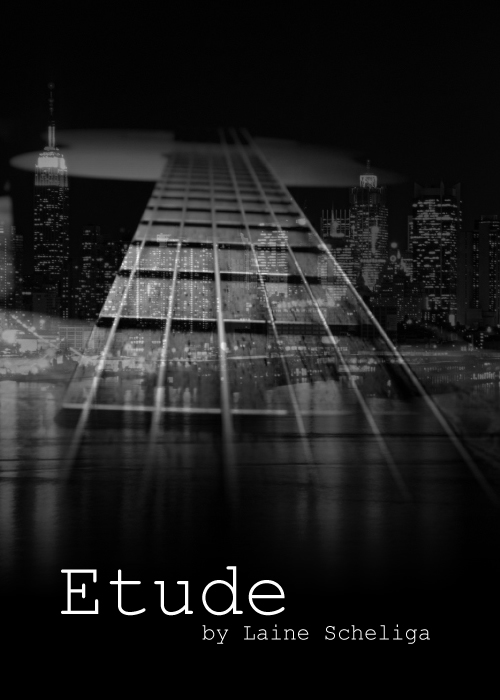 Francisco played his guitar for tips on the cold and busy city street. He sat on a small collapsible wooden stool beside the glow of a doughnut shop, and passersby would toss coins into his open guitar case as they hurried past. People would stop sometimes, but only just briefly, then hurry on their way again. They were uncomfortable standing and listening. Francisco’s skill made them uncomfortable because something undefined was expected of them. Besides, they had places to be and things to do. They would stand, hands pocketed in the cold, hunched and impatient. Some would listen for only a moment, some would pretend to listen, but Francisco knew that no one really did. It was just another guitar player, they were thinking, and who needed another guitar player? Dime a dozen. Especially one who had to play alone at night on a cold city street. How good could such a guitar player be? Embarrassed for him, some would toss a coin and hurry along.

All the same, Francisco put everything he had into his performance. He had studied music for many years in Europe. He had played in some of the great halls. But he was old now and his music was no longer in fashion and his guitar was old too with dings and worn places now on the neck and top and around the sound hole where his fingers had found the notes he needed over the years. He was hungry, the night air was growing colder, and Francisco shrugged the collar of his coat closer around his neck as he urged his stiffening fingers to move. The cold inhibited his precision, his breath was vaporous, and even the wood of his beloved instrument was cold to the touch.

But Francisco continued to play because he had been captured by the music long ago. People were walking by without stopping now because it was too cold to stop. Francisco was almost invisible and practically inaudible, unimportant, and inconsequential now. But he continued to play. He played his pieces all the way through to the end as best he could with the most nuance and emotion that he could summon. Then he paused, resting his stinging hands, bending the fingers to keep them warm and loose, one hand massaging the other, blowing into cupped palms, and he looked up high above the buildings, up and up into the night sky, high high above the buildings, trying to see something up there. Anything at all. But there was nothing to see. There was nothing. His eyes burned. He wondered what the hell it was about. He wanted to share. He wanted the music to touch them just as it had touched him. But it did not. His music touched no one. He looked again high into the night, and realized that even the night stars were gone.

Captain Hollywood here! My story is one of adventure, danger, romance, and excitement. Throughout my years in Southern Calilfornia, I have moved silently through Hollywoodland, watched it swell and grow and have traversed the back lots and studios of the movie world. Each new adventure has been sparked by the acquisition of Hollywood treasures: toys, games, curiosities, oddities, and obscura, much of it gilded by the magic and muse of motion pictures; much of it discovered in dark, musty, forgotten places. It started out with eBay, where it was discovered that I had a talent for popular culture rarities and arbitrage. I then moved to Amazon, where boomer movie toys and collectibles reign supreme. Now I offer my own sensational website that joins the many platforms that make up Captain Hollywood's chain of Curiosity Shops. I invite you to explore the possibilities and see what wonders await. Some of the things you'll see will seem a little strange, some startling, some astonishing, and a visit to Captain Weird's Attic will certainly challenge your experience (mind your step as you mount the stairs). I'm Captain Hollywood, navigating the waters of curious excellence, always in search of the funusual. . . . welcome to the shop!

Black Leg by Laine Scheliga This is the true story of Black Leg, a vile…